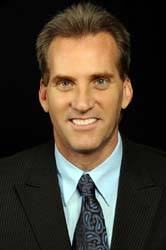 Paul, your company just announced that it would be offering free massages nationwide during tax week for the fifth year in a row.

PL:  We know a free 10-15 minute massage is only a little break in the day, but we look at this event as a way to give back a little and help people across the nation with stress relief.  And even though we don’t see any increase in sales from doing this, if our participating gyms, chiropractors, and spa owners with HydroMassage get some awareness for doing a good thing in their communities as well, then I’d consider it a win all the way around.

Why do a free massage for tax day in particular, and what kind of response are you expecting this year?

PL:  Tax season is the perfect time of year to offer free massages, because people need the stress relief.  It’s bad enough to file and pay your taxes even in a good economy.  But especially in tougher economic times, a little bit of relaxation goes a long way.  Over 400,000 people have visited our website during tax week over the past four years to request free massages.  With the increasing presence of social media, I wouldn’t be surprised to hit the half million mark this year.  And it’s always entertaining to see twitter posts from people experiencing HydroMassage for the first time.

What’s new for HydroMassage this year?

What kind of role has social media played for you in the promotion?

PL:  It’s been amazing to witness the boom in social media over the past few years.  In 2010, all social media combined represented less than 20% of the traffic to our website for this promotion.  Last year it was just the opposite; traffic from social media and other websites accounted for over 80% of the responses.  And before we even made the announcement official this year, the offer had already circulated all over blogs, coupon apps, and twitter.  It really goes to show you how powerful social media has become.

How will you top this event next year?

PL:  We’re already offering massages free, without any conditions or purchases required, so it’s tough to top that.  At some point, we’d like to tie in a charitable contribution for every massage.  As long as we continue to get requests to do this, we’ll hopefully expand the number of outlets offering free massages, reaching many more people in each of the coming years.

HydroMassage is a hands-free massage therapy that uses water massage technology to provide comfort and relief to targeted areas of the body. While many hydrotherapy treatments require immersion in water, HydroMassage applies water jets through a bed or lounge to massage the body, meaning one can reap the benefits of hydrotherapy anywhere, anytime. This type of treatment is perfect for athletes, individuals dealing with aches and pains or anyone seeking overall wellness for both body and mind.    Benefits of HydroMassage Treatment Provides Temporary Relief From Minor Aches and Pains Do you experience a headache, neck pain or a sore …Read Article

After a strenuous workout, it’s important to give the body sufficient time to recover in preparation for the next exercise routine. Rest and recovery play a central role in an effective fitness routine, and when the body is given enough time and resources to recover, it has the chance to naturally replenish lost energy, repair torn muscles and increase overall strength and endurance. As a gym owner or key stakeholder of a fitness club, it’s essential to consider member wellness as a key pillar of your operation. This not only builds trust in your brand, but it also helps prevent …Read Article

Water massage is a type of therapy that includes stretching and pressure on muscle groups through the use of pressurized water.  This type of therapy can complement chiropractic care well because it can help add additional dimensions to healing and recovery, both physical and emotional. It can offer many benefits including: Temporary relief of minor aches and pains Reduced levels of stress and anxiety Deep relaxation that provides a feeling of well-being Increased circulation in local areas where massaged Relief for muscle soreness, stiffness and tension Water massage can also be a great alternative to traditional massage, providing an experience …Read Article

Traditionally viewed as an additional commodity, recovery is now a more prevalent offering as members seek complete health and wellness. In fact, according to Tim Forrest, the president and founder of Zone Fitness Clubs, with locations in Florida and Colorado, the brand’s recovery zone services are necessary in today’s fitness landscape. “When you look at the latest group training, personal training and modalities people use, they’re taking their bodies to the extreme limit to lose weight, tone up or build more lean muscle mass,” he said. “Building a recovery zone can help people recover quicker, get their body back into a …Read Article